Blood is our life line.  It is the substance that navigates in our body, distributing oxygen and protein to all our organs and tissues (red blood cells), as well as fight bacteria and viruses that threaten our health (white blood cells).  Without blood, life is not possible; and for many of our fellow Filipinos, the blood that we donate could mean either life or death for them.

Heeding the call of our Philippine Red Cross (PRC) to increase blood donations, Rotary Club of Sta. Rosa Centro has made “Dugo Mo, Sagip Buhay Ko” Blood Letting project a staple in its yearly activities.  Now on its 4th year, this worthy event was held last August 1, 2014 at Isuzu Philippines Corporation (IPC), coinciding with their 17th Inaugural Anniversary.  This is the 2nd time for this activity to be held in IPC. 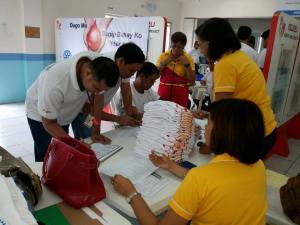 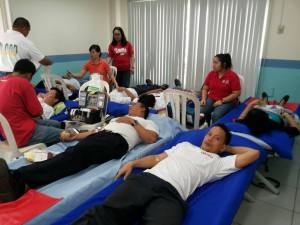 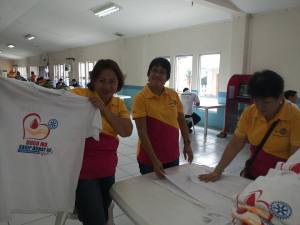 The IPC Canteen served as the venue for the project, wherein PRC set up six (6) beds for the donors.  One doctor and five nurses administered the bloodletting process itself, ably assisted by nine Centro Ladies in the registration of the donors as well as the distribution of food stubs and giveaways.  IPP Doray Lucero took the BP levels and weights of the potential donors.  Likewise lending their tireless assistance were IPC Company Nurse Irish Dumagat and Safety Officer Melchor Perlada.

Mostly team members from the Production area, the donors came in as early as 9:00 a.m., gaining in number during break times.  In total, 63 “good” donors were logged, from a total of 75 potential donors who registered.  After the donation, the successful donors were given a special T-shirt courtesy of Best Class President Arlene “Mayor” Arcillas. 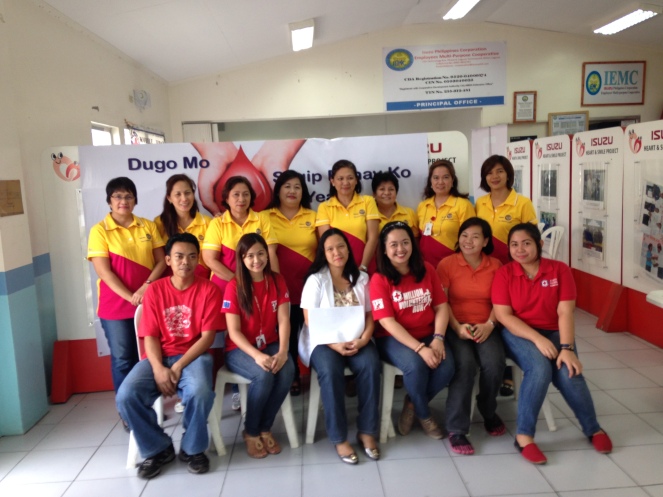